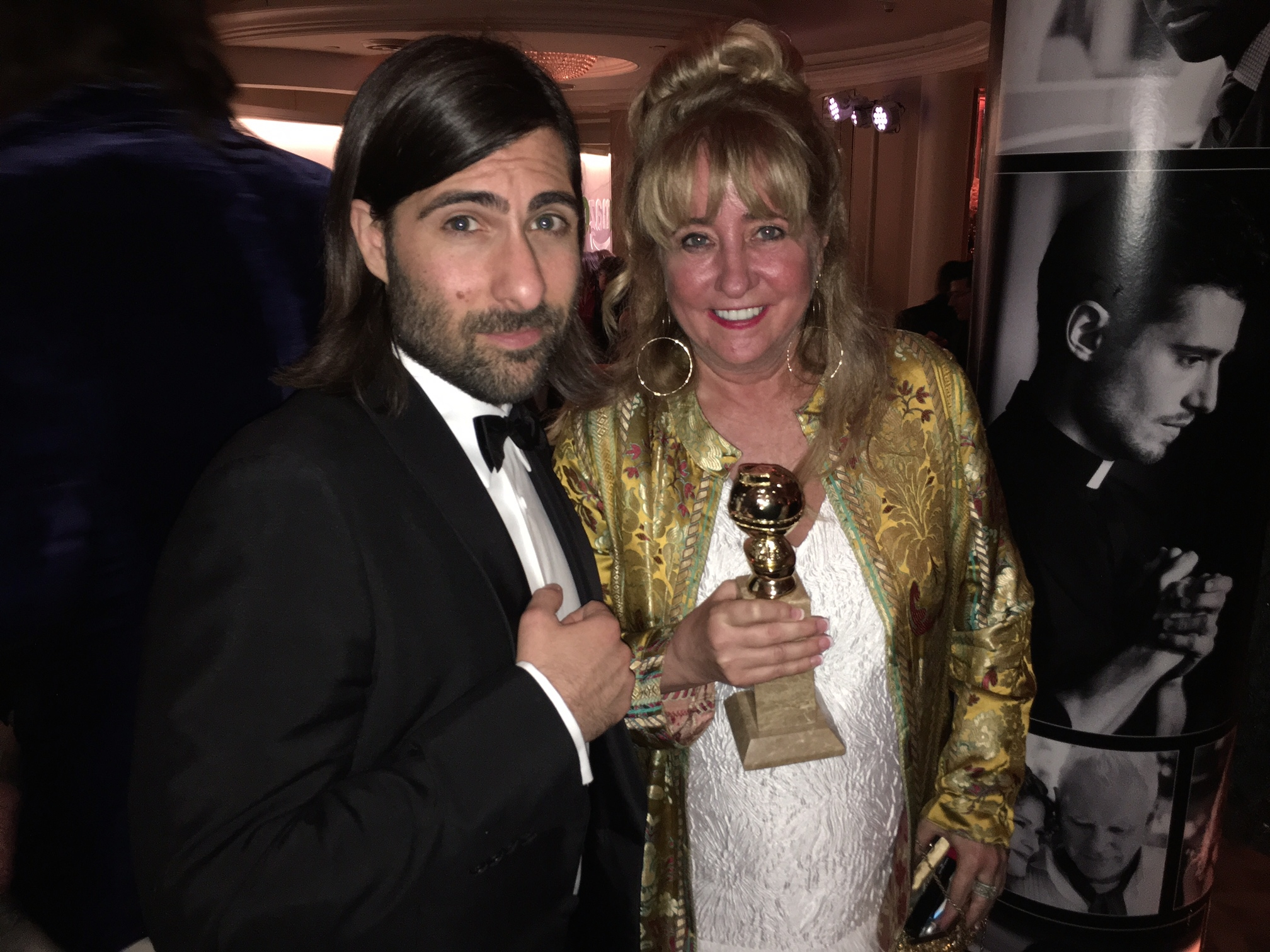 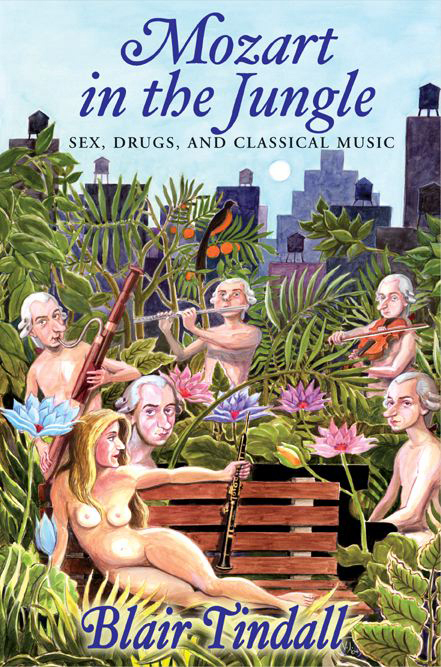 In the tradition of Anthony Bourdain's "Kitchen Confidential" and Gelsey Kirkland's "Dancing on my Grave" comes an insider's look into the secret world of classical musicians.

From her debut recital at Carnegie Recital Hall to the Broadway pits of "Les Miserables" and "Miss Saigon," Blair Tindall has played with some of the biggest names in classical music for twenty-five years. Now in "Mozart in the Jungle," Tindall exposes the scandalous rock and roll lifestyles of the musicians, conductors, and administrators who inhabit the insular world of classical music.

Tindall's "Jungle" travels around the globe, from performances in Vienna's Staatsoper, Rio's Teatro Colon and a remote Brazilian rainforest, then on to New York City, where she and her musician colleagues live in the squalor of a decrepit west side tenement. A metaphor for the classical music business, the building has fallen from glory, its elaborate stone carving chipped, windows patched with cardboard, and its elegant décor plastered over by a greedy landlord and her predatory handyman. Outsiders have never looked farther than the ornate facade…until now.

Inside, music transforms a schoolteacher into a beautiful diva, and sustains a renowned pianist who endures two heart transplants to perform with the stars who pay him a pittance. An American goddess of the arts struggles to fulfill a dream, her ominous future mirrored by an older musician whose fantasies drain away in her lonely apartment upstairs. A stunning cellist becomes an AIDS-infected crack addict and prostitute; a Metropolitan Opera violinist is jailed for selling cocaine; and an African-American virtuoso becomes so lost inside the elitist white arts world that he smashes his $185,000 eighteenth-century French violin into splinters.

The drama of "Mozart in the Jungle" opens during America's Cold War-era optimism, and follows four musicians as their world dissolves into a culture of entitlement for a new generation of classical musicians, who are deaf to changing American tastes and demand. By weaving memoir with investigative arts journalism, Tindall shatters rhetoric about the arts in the United States -- in an real-life tale from a musician whose career paralleled America's late twentieth-century culture boom. As "Mozart in the Jungle" races to its dramatic conclusion, Tindall reveals music as a simple, spiritual gift accessible to all.

"Blair Tindall blows the lid off the world of classical music in this book that transcends the genre of memoir. While an intensely personal and revealing story, Mozart in the Jungle is also fine investigative journalism, with an abiding sense of history. It's a remarkable multi-layered work of non-fiction.
She entered the sacred temple of classical music--for so long shrouded in mystery, off-limits to critical examination--emerged with this tale of a non-profit "industry" bent on self destruction, conductors feeding at the trough of excess, both monetary and sexual. This book is a must-read for anyone concerned about the arts in America."
--Dale Maharidge, author of the Pulitzer Prize-winning "And Their Children After Them."

"This is the most candid and unsparing account of orchestral life ever to see print. It details both the petty corruptions of power - the cliques that control who plays in orchestras and who doesn't - and the more sordid corruptions of flesh and cash. Blair Tindall tells it how it is - the sex, the drugs, the influence racketeers. The abuses she exposes begin at high school and persist at the deathbed. But she also illuminates, vividly and unflinchingly, how classically trained musicians have lost their grip on reality and, with it, their place in society. This is a valuable book, a must-read for anyone who cares for the preservation of live performance."
--Norman Lebrecht, Whitbread Award winner and author of "The Maestro Myth" and "Who Killed Classical Music?"

"Busloads of kids arrive in Manhattan daily, driven to 'make it there.'  But for many, the climb to the top is more often like a trek through a jungle.  Blair Tindall brilliantly captures the energy, excitement and existential angst of it all, including the Allendale Apartments, the place where the lives of so many of us - musicians, artists and writers - intersected.  It took a 'double threat' like Blair Tindall - a world class oboist whose musical talents are matched by her journalistic skills - to tell the story.  It makes me long for those days, leaky ceilings and all."
--Bill Lichtenstein, senior executive producer of public radio's "The Infinite Mind;" president, Lichtenstein Creative Media

"No book before this has so accurately captured the harrowing life of the free-lance artist trying to make a career in the music business as Blair Tindall's "Mozart in the Jungle". While her experiences are unique to her, all musicians recognize the financial insecurity, artistic frustration and personal chaos that she describes. And, along the way, framing her story, is an unblinking, thoughtful, detailed analysis of the recent difficulties in the symphony, opera and ballet fields and some insights into the current state of musician employment - or, more accurately, non-employment in the recording field. A valuable and engrossing work."
--Bill Moriarity, Former President of Local 802 American Federation of Musicians

**"In her wonderfully eloquent memoir Blair Tindall takes us into the rehearsal rooms and the orchestra pits, the dressing rooms and the bedrooms of the classical musicians who make such beautiful music in some of America's best known orchestras.  Mozart in the Jungle is a remarkably candid and courageous book."
--Margot Livesey, author, "Banishing Verona" 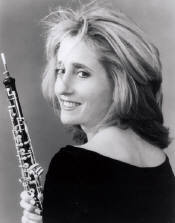 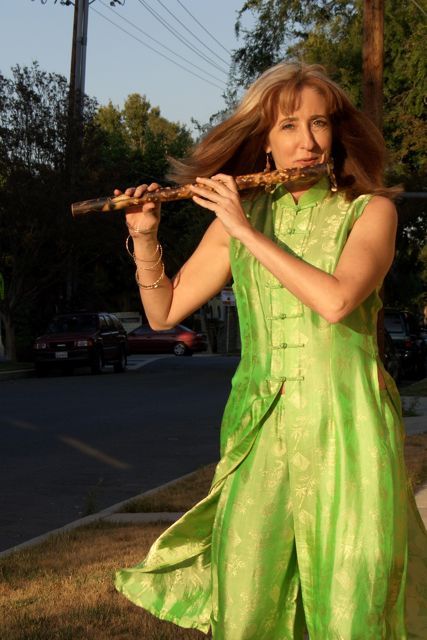 Blair in the rainforest canopy in the National Geographic film, "Branching Out"
I collect with vodpod

Journalist and oboist Blair Tindall writes about classical music for the New York Times and has performed, toured and recorded with the New York Philharmonic and many other musical groups. She has taught journalism at Stanford University and oboe at the University of California-Berkeley.

"Mozart in the Jungle" was completed during a residency at The MacDowell Colony in Peterborough, NH. 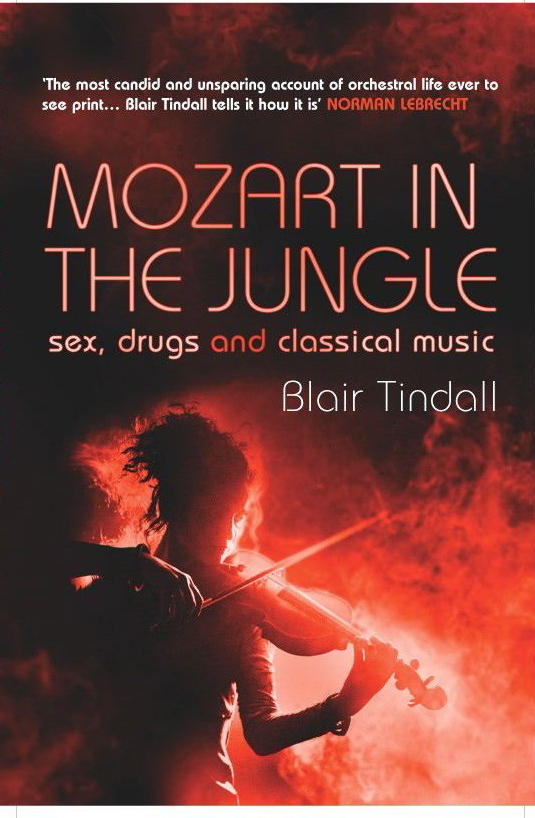 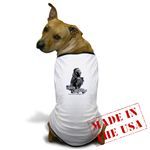 **"It's always fun to read a book with so many of your friends in it! Blair Tindall's book combines a personal memoir of her years as a gigging oboist in New York's Upper West Side musicians' ghetto with a trenchant analysis of what's wrong with classical music today. No other book I know on the subject does this to such powerful effect; she leaves us with a disturbing, fact-filled portrait of American musical life that is both humorous and human."
--Composer William Bolcom, 1988 Pulitzer Prize for music

**"Blair Tindall blows the lid off the world of classical music in this book that transcends the genre of memoir. While an intensely personal and revealing story, Mozart in the Jungle is also fine investigative journalism, with an abiding sense of history. It's a remarkable multi-layered work of non-fiction.
She entered the sacred temple of classical music--for so long shrouded in mystery, off-limits to critical examination--emerged with this tale of a non-profit "industry" bent on self destruction, conductors feeding at the trough of excess, both monetary and sexual. This book is a must-read for anyone concerned about the arts in America."
--Dale Maharidge, author of the Pulitzer Prize-winning "And Their Children After Them."

**LISTEN: "The most moving moment [of the soundtrack to Spike Lee's "Malcolm X"] is the solo oboe performance of Blair Tindall on the "Assassination" theme. --CD REVIEW MAGAZINE (933 KB)

**"Blair Tindall opens up a fascinating world which most of us---fans of classical music included---know nothing about.  Mozart in the Jungle is funny, startling, heartbreaking, informative, and utterly absorbing.  Blair Tindall writes like an angel."
--Lee Smith, author, "The Last Girls"